Legacy of the Yosemite Mafia: The Ranger Image and Noble Cause Corruption in the National Park Service 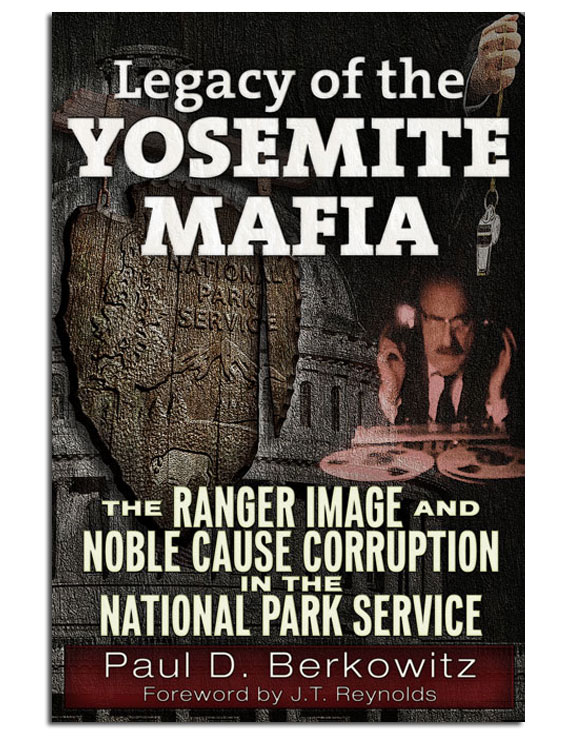 Calling upon his own background in law enforcement and his unique experiences as a criminal investigator in the National Park Service (NPS), Berkowitz shows how an over-emphasis on image (the “ranger image”) instead of contemporary professional standards has led to a culture in the NPS that accepts a broader form of noble cause corruption; that is, misconduct perpetrated in the name of the agency and its mission. Legacy of the Yosemite Mafia demonstrates how that practice has had self-destructive consequences, leading to diminished agency credibility and reduced support for environmental protection and the establishment of new NPS sites. Citing verified news accounts, internal agency documents, and personal notes, the book offers a dramatic case study challenging conventional wisdom and official accounts of agency history. Agency culture set in motion nearly a half-century ago, beginning in Yosemite National Park with a group of employees known internally as the Yosemite Mafia, includes a demonstrated bias against professional law enforcement and a reluctance to hold senior managers accountable or to adhere to conduct and performance standards. This book fills a gap in existing literature dealing with noble cause corruption and corrects popular assumptions about the NPS, its history, and its law enforcement responsibilities. 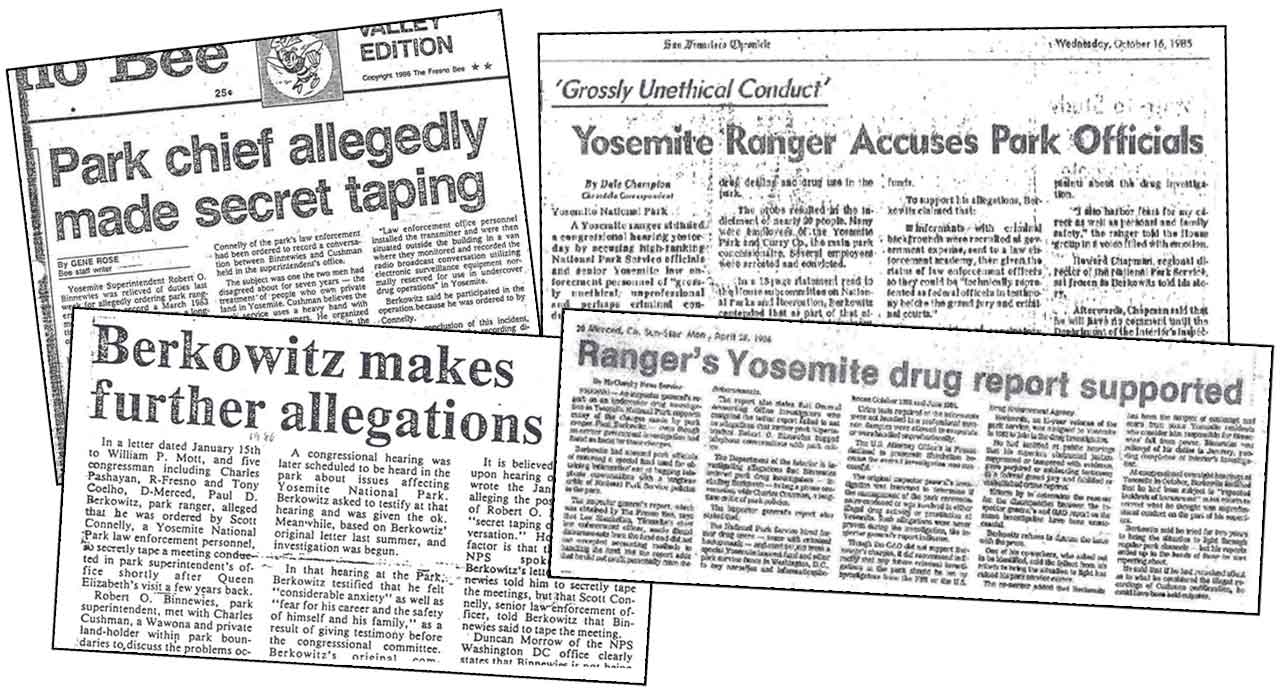 Prologue to “Legacy of the Yosemite Mafia”

“This never happened. Don’t ever tell anybody about this.”

Now that was something I wasn’t expecting to hear; not from a fellow officer, and certainly not from one of my own supervisors. But those were Connelly’s exact words.

Marshall “Scott” Connelly; federal law enforcement officer, supervisory ranger, and at least two grades my senior. I couldn’t stand the guy. A lot of people felt that way for a lot of good reasons. But he had the full support of the park’s Chief of Law Enforcement, he did the chief’s bidding, and the chief backed him up and even covered for him. Worse yet, he was the local prosecutor; not a lawyer, but authorized by the U.S. Attorney’s Office to present and negotiate criminal cases in the local federal court. I can still remember him telling me – ordering me – to keep my mouth shut about what had just happened. I wasn’t even sure what had just happened, but those were his exact words – the first thing he said to me after he returned to the van.

“This never happened. Don’t ever tell anybody about this.”

That confirmed that something was very wrong; even worse than I had realized. Connelly had just returned from the headquarters building, where he turned the tapes over to the superintendent. Connelly had dragged me along to help conduct the surveillance and monitor the wire for what I figured was just another drug buy. He planted the bug under a table in the superintendent’s office. Then we secretly monitored and recorded the entire meeting; a conversation between the superintendent and one or two other people about some of the private lands – or “inholdings” – within the park. It wasn’t clear what was going on, but it didn’t take long to figure out that it wasn’t a drug buy, and it sure as hell wasn’t just another surveillance or, for that matter, any other kind of legitimate law enforcement operation. That was confirmed when he took the tapes, went into the building, and handed them over to the superintendent. When Connelly returned to the van, his words confirmed for me that what we were doing was illegal, and I had just been unwittingly dragged into the mess.

The National Park Service lords over our nation’s parks, forests, and monuments. They are obsessed with their image; however, they were lacking in law enforcement training. A handful of shootings and a riot in 1970 would question the role of the Park Ranger and the use of force to enforce law and order. The author would serve in Indiana, where he witnessed corruption that was connected to the Mafia stranglehold of the neighboring state of Illinois. The crux of the story begins when the author works at Yosemite National Park and witnesses corruption relating to drugs and abuse of power involving park rangers and their detractors. The author reports the criminal actions only to be met with scorn and derision. His actions lead to a transfer and constant suspicion by co-workers. But this is only the beginning.

Paul Berkowitz has crafted a book about public service corruption that grabs the reader early on and educates throughout. This isn’t your traditional thin blue line story of wrongdoing, but the importance of his story remains ever present throughout. The wrongdoers’ deeds are criminal, misguided, and leave a stain on a public office. Berkowitz has performed a public service with his book. ~ Chris Hayden, editor

Legacy of the Yosemite Mafia can be viewed as a prequel of sorts to Paul Berkowitz’s earlier book about National Park Service malfeasance, and even to Robert Danno’s own account of how he was pilloried by agency superiors after he charged that his superintendent ignored well-established federal laws and agency policies and procedures in showing deference to a billionaire.

Mr. Berkowitz’s latest effort comes as the Park Service struggles to deal with what appears to be a widespread issue of harassment — sexual and otherwise — in the parks. And while the book revolves around events that took place in Yosemite National Park decades ago, it exposes a troubling attitude by some rangers of being above the law, an attitude also reflected in Mr. Danno’s 2012 book, Worth Fighting For: A Park Ranger’s Unexpected Battle, Mr. Berkowitz’s 2011 book, The Case of the Indian Trader: Billy Malone and the National Park Service Investigation at Hubbell Trading Post, and even Andrea Lankford’s 2010 book, Ranger Confidential: Living, Working, and Dying in the National Parks.

Those previous books either looked in-depth at, or mentioned in passing, incidents and behaviors that showed a disregard for civil, criminal, and agency regulations and societal mores.

In Legacy of the Yosemite Mafia, Mr. Berkowitz casts a disturbing portrait of top Yosemite law enforcement rangers in the 1980s who not only bent laws but broke a few, reveals the power top concessionaires have in the parks, and shows the deeply troubling effect politics have on the Park Service. The author worked in law enforcement in Yosemite during that time and saw first-hand the way the park’s top law enforcement officers were acting, and brought his concerns to both the Interior Department’s Office of Inspector General and the Government Accountability Office.

While much of the contents in Legacy of the Yosement Mafia are past history, today the Park Service continues to struggle with managers who use the system to their benefit, take advantage of employees under their control, or look the other way. ~Kurt Repanshek, Editor-in-Chief

US Park Rangers Lodge of the Fraternal Order of Police 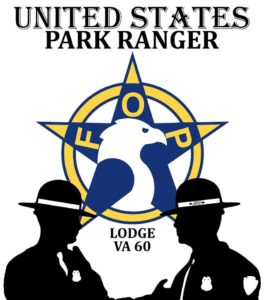 The US Park Rangers Lodge of the Fraternal Order of Police is grateful for the opportunity to present this interview with Paul Berkowitz. Paul is a retired NPS Special Agent who has written extensively on NPS law enforcement, and issues affecting law enforcement rangers.

FOP: Thanks, Paul, for letting us interview you about your new book, Legacy of the Yosemite Mafia: The Ranger Image and Noble Cause Corruption in the National Park Service. And thanks for your support of the Lodge in the past. Many of our longtime members will remember your “Myths and Misinformation” article from our early days, as well as essays like “The Middle of Nowhere Syndrome,” “Big News, But No Surprise,” and “Enough.” What started your interest in writing about law enforcement in the NPS?

PB: The simple answer is that I was seeing things in the NPS that I found troubling; attitudes and behavior that I questioned and wanted to discuss. But the NPS didn’t want to acknowledge those problems, didn’t want to listen, and didn’t want me to be heard. Writing provided me with a way to be heard anyway, and a way to promote a discussion about those issues; particularly issues related to misconduct and corruption in the agency.

Another motivations was to correct the historical record. Throughout my NPS career, but especially in the early years, I was constantly counseled against getting too interested or involved in law enforcement. Supervisors and others told me that law enforcement didn’t really have a place in the NPS, and wasn’t something that real rangers did or needed to do. But that account conflicted with everything I was seeing in my work as a seasonal at the Grand Canyon, and then at Lake Mead.

After a while, I started to wonder how that agency bias against law enforcement and the mythology surrounding the “ranger image” had become so deeply imbedded in the NPS culture. That led to conducting my own research into the actual history of rangers; digging into old files, tracking down old-time rangers for interviews, checking out old newspaper accounts, and looking through historic photographs of rangers. The material I uncovered flatly refuted what I was being told by park managers, and I thought it was important to share what I had discovered.